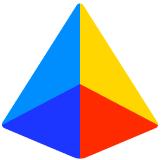 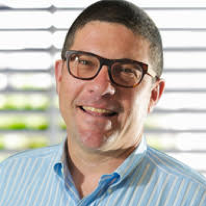 BOSTON, MA / ACCESSWIRE / October 13, 2021 / Hyka, a healthtech start-up, announced today that prominent investor and entrepreneur, Doug Levin, founder of Black Duck Software and Board member of several other companies, has joined its pre-seed financing round. The proceeds of this round will be used to further Hyka's vision of bringing hope to millions who suffer by reimagining the way we learn about and access mental health care.

"Tens of millions of people every year fail antidepressants and face multiple barriers to access the latest mental health treatments," said Jeronimo Beccar, co-founder and CEO of Hyka. "Hyka strives to bridge those gaps because our mental well being depends on finding the right care, especially when everything else has failed."

"Hyka's solution is badly needed, and Jero and the Hyka team are not only incredibly talented, but well-qualified to make this new approach a reality," said Doug Levin. "The way they're directing their talents to tackle such a pervasive problem is laudable and important to acknowledge. I'm happy to support them in this effort."

Levin is currently the Executive in Residence (XIR) at Harvard Business School, as well as an advisor to and Board member for many Boston-area startups. In 2002, Levin founded Black Duck Software. He served as the company's CEO for the first seven years, growing the company into a global software integrity and compliance juggernaut. The company was eventually acquired by Synopsys, Inc. (Nasdaq: SNPS). Previously, he served as a senior manager at Microsoft Corporation.

Learn more about this exciting step for Hyka: Access wire

© 2021 Hyka Therapeutics. All rights reserved. Our websites, content, and products are for informational purposes only. Hyka Therapeutics does not provide medical advice, diagnosis, or treatment. Hyka does not endorse companies or products.